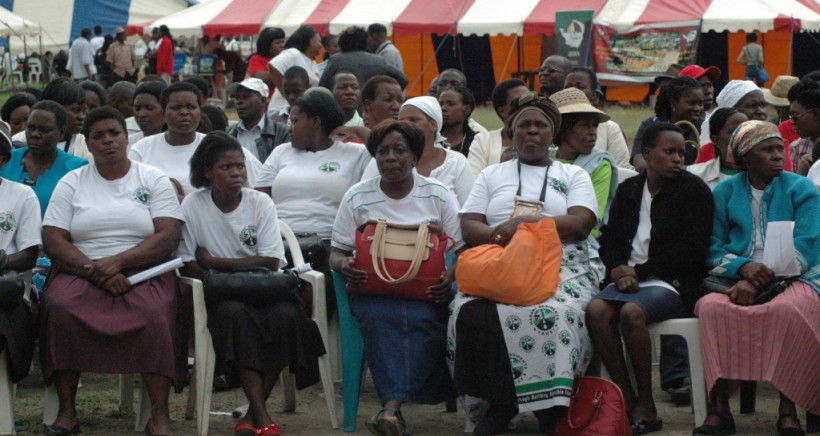 A People's Forum on Peace, Reconstruction and Prosperity in Zimbabwe

The WSF is now an annual event that is deliberately organized to coincide with the World Economic Forum (WEF). The WEF is a Geneva-based foundation whose annual meeting of top business leaders, national political leaders (presidents, prime ministers and others), and selected intellectuals and journalists is usually held in Davos, Switzerland.

The membership of WEF's board and the attendance at its annual meetings is heavily composed of representatives from Europe, the USA and industrialized Asia. It is widely viewed by social movements as merely a business forum, where the richest businesses can easily negotiate deals with one another and lobby politicians from the worlds most powerful and affluent states, and that the aim is profit-making rather than solving economic problems such as poverty. It has also been criticized as an elitist forum for circumventing democratic politics, and for encouraging non-transparent, secretive decision-making.

The timing of the of the annual WSF commemoration is meant to signify civil society voices opposing the high level profit motivated deliberations at the expense of poor countries and their citizens. The ZSF is therefore a space where local social movements, NGOs and other like-minded organizations meet, reflect and map out alternatives to the current dominant neo-liberal paradigm and corporate-led globalization processes. The ZSF organised its inaugural public commemoration on the 9th-11th of October 2003 at the Harare Gardens, under the theme 'A People's Forum on Peace, Reconstruction and Prosperity in Zimbabwe' The ZSF commemoration is an annual event, preceded by a series of mobilisation and build-up activities that is taking its own shape in the spirit of the WSF.

The Forum seeks to:

Participation at the annual ZSF commemorations is open to organizations, social movements and individuals that subscribe to the ideals and principles of its Charter adapted from the ASF and WSF charters and values. Specific activities are informed by participants' opinions, arising from their unique experiences and local environments. Since October 2003, ZSF has been able to facilitate the participation of activists from various social movements, NGOs, CBOs and trade unions. Activities are organised under the following themes; Gender, Youth, Labour, Debt and Trade, HIV& AIDS, Human Rights, Constitutionalism and Governance, Land and Environment, Food Security and Social Services Delivery. ZSF has, since inauguration held regional social forums (locally) in Mutare, Chitungwiza and Bulawayo, and will continue to extend this space to other parts of the country.